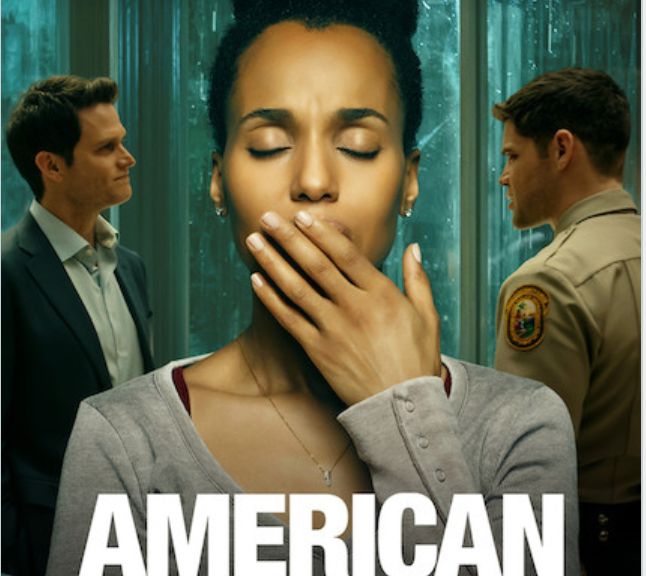 She waits, trying to patient, but unaware of where her son is or why she’s even been called into the police station. She is a black woman with a black son and the police officer giving her the run around is a young, fairly new white officer. She speaks articulate, yet firm, but he offers no information. He says he doesn’t have any. She knows she is being handled and managed, but he stands firm on not knowing anything.

While she walks to get water, in walks her husband, a white man in a power suit. “I’m so glad you’re here. This woman has gone from zero to ghetto in an instant.” He doesn’t know that this is her husband. He thinks this is the detective. He runs off information that he doesn’t tell her. Until he realizes he has made a mistake, where he then reverts back to not knowing anything.

They want to know where their son is. Her husband tells her to not jump to conclusion. He makes excuses for the cops and talks about the things he has noticed recently about their son. He is wearing baggy clothes now, listening to rap music and is hanging out with other black boys. He is having an identity crisis. She tries to explain the fear her son has as a black man, because when you are older than 10 in America, you are considered a man, but only if you are black. Yet the husband still doesn’t understand.

They wait and they wait to hear what is going on with their son, to speak with their son, to see their son. They go through the motions discussing racial differences as they wait. Her husband, not really understanding the mental confusion Jamal has, being one of three black students at his school when the world is watching young black men being shot and killed by police.

Have you seen it? I will not spoil it. But if you have not, be prepared to go through a world whirl of emotions as all that is wrong with the Justice system and race relations is played out in front of you. It displays a generational difference in what complacent “black people should do” verse our generation who prefers to fight for our rights.

Kerry Washington mastered this role, when she was angry, you were angry. She was stuck and not knowing what to do next, because placed in front of her was a situation where she felt she had no control. Oh and did I say her son just turned 18? No mother really knows how to raise a black son in todays world. She talks about how she lays awake at night afraid of what can possibly happen to her son. What has happened to other black boys who look like him. She fears because as a black male you are looked upon as a suspect because of the clothes you wear; the music you listen to; or just because you are, you. When you want your child to have a better life than you, but they are angry because no one around them looks like them.

I am at lost for words. This movie is powerful. This movie has my emotions on a rollercoaster and the movie is over. I think I will watch again. Knowing the ending…. but maybe not. What did you think?

This ending is how strong I want every book, every play I write to hit.