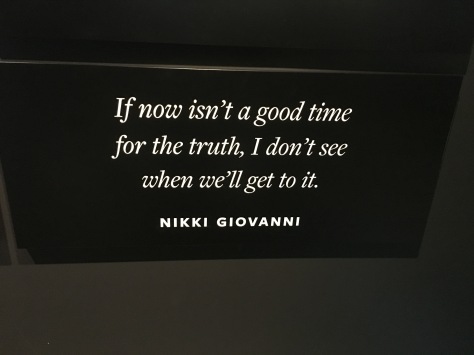 Justine Damond, her name is something important, yes she is a white woman, but WHY DOES THAT MATTER? This woman, called the police for protection and instead she was shot dead in the street as if she was the person that was going to hurt them.

The media is spinning this again and making it a white vs black issue, just as they did with all of the others that was shot dead for no reason. I have seen some hateful things that black people are saying, acting as ignorant as the ones that spoke against our sisters and brothers who were murdered in the streets. Some even claiming blue lives, when we know there are no such thing as Smurfs.

The problem, as its always been, is there is a problem with the system. They have put officers who are supposed to protect us out on the street without proper training. They are so short of staff that they don’t have the time and resources to properly train them. It used to be shoot to disarm and now these officers are shooting scared.

“Their feared for their lives,” I have never heard a military man or woman say that and they are placed in the middle of war. They are taken through a training and protect us everyday with their lives. What happened to the police that did the same? My father and brother were dedicated war heroes who served on the Chicago police force. They were both attacked and they never killed a soul while on duty, at least not that I know of.

What happened to police officers who only wanted the job because they wanted to provide a safe place for people to live. We see the few and far between who are video tapped playing with children, delivering gifts and helping the community, but if they are placed with an officer as a partner who was corrupt would they stand up to him/her or would they stand behind them?

We are always told to be loyal to those who are loyal to us, but there comes a time and place when we have to stand up against whats wrong.

This was a woman, this was a human being, this was an innocent. We need to stop with racism and stop thinking its okay to hate anyone do to their skin color.

I know its a stretch, but if we come together and face the real problem, the system. They are fighting scared, and using a glitch in the laws to protect them. We need to fight back, fight back and change the system so that it protects us instead of killing us.

They need to be held accountable for the same standards as the rest of us, and they need to question why these law enforcers are so easy to scare, so easily afraid for their lives. They can’t protect ours and put their lives before us.

Stand together, because separate all it looks like its we are complaining. Lets make a real change and protect our childrens futures.