So I was scrolling for something to watch on my Amazon Prime account when I came across this film “Dear Amber” directed and written by Tiara West, first of all the movie was a short film, I didn’t realize it because I was so far into it. I swore I watched a movie longer than 20 minutes, which is not a bad thing. For this to be a short film, it was complete, it had a solid beginning, middle and end, which to me is rare. Most short films have you confused about some part of the story.

So Amazon totally could have described this movie better, it says:

Amber, a high school teen, finds herself in an abusive relationship with her high school crush, Rodney. While her best friend James secretly falls in love with her, he later finds himself writing a letter about his feelings for her.

Umm… I guess, I mean its accurate but this movie deserves a way better intro. This movie reminds me of my best friend in high school who went through a similar relationship and as a friend there was nothing you can do but talk to her and let her know its not ok. I can say that Amber, was smarter than her, she didn’t stand for it, but Rodney was worse than her boyfriend.

The issue with domestic violence, besides the obvious, is that most who do it bait you for awhile. They treat you better than anyone else and make you forget about others who love you. Then something simple will set them off, whether its someone else they find to be a threat, a broken glass, hell a simple smile, the temper flares and before you know it, there hands are on you. This short film expressed and made you feel all of it.

I will say that I looked Tiara up afterwards and found on IMDB she did a few acting jobs, then I found a GoFund me page for money for this film. She didn’t make her goal, matter fact she only got $15 out of the $2050 she was looking for, but what amazed me, is she still did it. After seeing this I felt like I had made it with her. Now some of the angles in the film are a bit off and some of the lighting could’ve been clearer, but for what it looks like she had, this was a bit of Black Girl Magic all the way.

I notice that in a family where there is a son, mothers coddle them. We always teach our daughters how to avoid red flags and protect themselves from creeps, but why don’t we teach our sons to be men? To be someones husband, boyfriend, friend. To teach them to be respectful, not possessive and abusive. Also not to take abuse either and to stand up to it.

In this movie and real life abusive relationships, the first thing that the abuser always does is separate their spouse from their friends and family. They mentally abuse them as well as physically abusing them, which many times takes away their will to fight or that there is any way they could survive without the abuser. Thats not true!

I definitely recommend this movie! It was very good, I can’t wait to see more movies made from her! Awesome job Tiara!!! The cast was awesome as well, lets not leave them out. The cast brought the movie to life and made it a beautiful film.

If you or anyone you know is in an abusive relationship you can go online at http://www.thehotline.org or call 1−800−799−7233. There are people who are trained to help you escape and become safe. Do not stay, it will not get better! Ever!

So I was having quite a moment last night, my anxiety was on an all time high and I was a wreck. I am so used to binge watching Pretty Little Liars (don’t ask.. I am trying to see where its going) and Criminal Minds from the beginning. I am also watching Underground and a few other shows that definitely don’t help with anxiety or making me feel motivated.

So I googled movies to watch on Netflix and came up with the most outdated lists of movies that were probably mediocre at best. So I started looking through the new releases. Don’t judge me but when my anxiety gets high, I usually watch Tinker Bell or one of the many sequels.

But the title caught my eye and the look of desperation on the girls face looking out the passenger window. Here was a girl that was feeling what I was feeling. The description says its about a 20-year old girl suffering with anorexia and goes on a journey of self discovery.

In this movie, although I am quite on the other spectrum, I eat when I am down… although, there are not many things I can eat now, but thats another story for another day. This movie talks about living when you have all but given up. There are so many factors I got from this. But the biggest thing is “WE ARE NOT DEAD!” We have the option to live our lives how we want. To make decisions to do better than the day before and live!

I know many won’t get this movie, but if you have anxiety, depression or any kind of mental health or medical issue this movie will lift your spirits. In this movie I found my spirit to get up and do what I set out to do. To not feel down about any situations I am going through, but to live my life for me!

***If you or anyone you know are going through something and you feel like you are losing hope please get help. You can call the suicide hotline at 1-800-273-8255 its 24/7 or if you don’t feel like talking you can text the crisis hotline. Just text the word CONNECT to 741741. There are ways you can get help… If you need more information you can always email me at tiffanymarnold14@gmail.com. ****

Life has given me plenty of ups and downs. Plenty of moments when I have been the victim. I have been hurt so many times, it’s like I expect it. My Mom says I always give second chances. No matter how much someone could drive me through the dirt or hurt me I always let them come back. Why? Because I believe people change. I know that I am not the same person I was two years ago or even two days ago. I am always evaluating who I am as a person and growing. I wouldn’t want someone to judge me or base their entire opinion on me based on mistakes I’ve made in the past. So why would I do that to someone else? 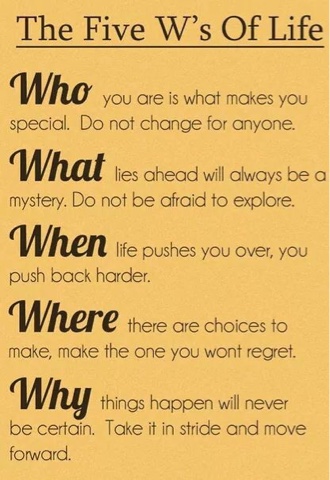 The problem is I forgive and forget. You should never forgive and forget. You can forgive but forgetting gives them a chance to repeat the same routine they did before. Maybe that person did in fact change but out of habit, getting back around you things begin to feel familiar. For example, a drug addict can’t go through rehab and then go back to the same things they were doing before they got clean. Familiar scenery are grounds for relapse.
That’s the same with behavior. Knowing this makes so much sense to all my relationship issues (friends and family included). I need to learn to let go. As the late great Maya Angelou used to say “when someone shows you who they are believe them the first time”.
Frankly I’m tired of being hurt, and it’s time for me to take a stand. Along with all of you. Sometimes we have to take responsibility for getting hurt. It’s not always the people around us that we can point the finger to. We have to look inside us and inside our behaviors and patterns. Why do we continue to LET people hurt us?
So put your foot down, be strong and realize that life is too short to waste time being miserable, being scared, being depressed and not happy. Take the time you need between relationships and heal. Putting a bandaid on top of a wound and keep moving doesn’t always work. The bandaid will eventually fall off and show your scars. But if you let them heal internally, you can remove that bandaid, proudly own the left over marks and move on with peace.
~Love Tichelle 💋