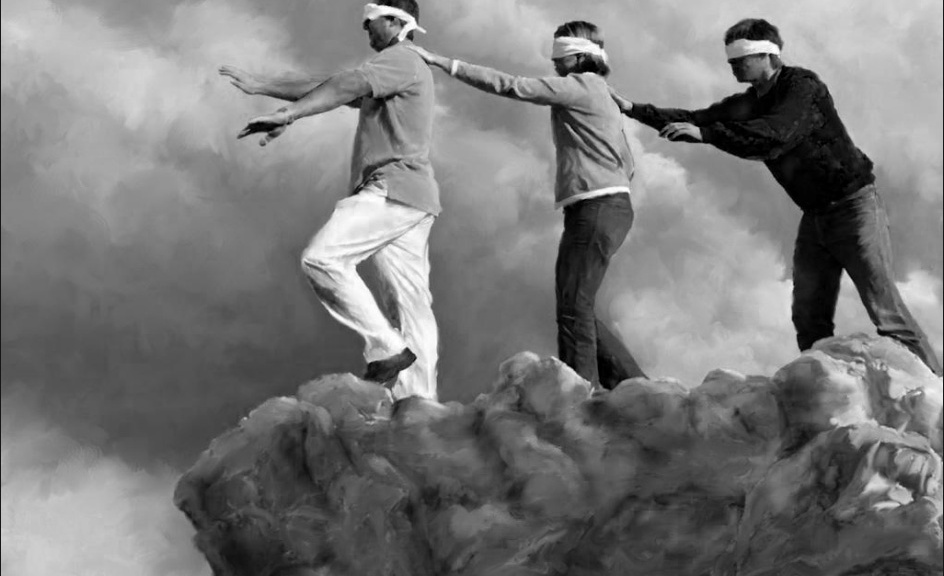 The Congregation remained still, some were shaking and others had silent tears of fear streaming down their face. They watched as the man walked up to the body of their preacher that he just shot down and searched his pockets. There were others with him, all looking like they had come off the streets but were armed like a military.

In the back of the room a baby cried, not a little baby, but a toddler scared because she had never seen or felt the emotions in a room of people who were usually filled with joy. Her parents tried hushing her with a pacifier and cradling in her arms, but eventually one of the armed men came for her. They snatched the baby out of their arms and walked out the congregation.

The mother listened for signs of harm to her baby, but could hear nothing, not even her cries. This kept all still, because if they could rip a crying baby from her mothers arms, there was no telling what they could do.

“You all do not know who we are, do you?” The man up front yelled in the large congregation. He turned thinking no one heard him and grabbed the microphone off the pulpit and tapped it for sound. He looked up around the hundreds of people staring at him in silence. “We are the people that you rich bastards walk over as you enter in a church of God and deliver millions. We watched as this man,” he pointed at with his gun, “looked at us in disgust. You ‘God Fearing’ folk never thought to pass food out the door to us in need. Well, now we decided we have had enough. That gun drive you had, we got hold of a few and purchased enough bullets for each one of you in here.” He waived his gun around to the podiums where people dogged to be the home of the next bullet.

“Sir, can I talk to you,” a brave teenager wide eyed started walking up to the man with the gun. His parents cried out and begged for him to come back.

“Stop walking,” the man pointed the gun at him and looked at him a little deeper. Then lowered his gun. “I remember you.” He looked around at the other gunmen who nodded their head in agreement. “You are one of the few people who ever helped me. I didn’t mean to point a gun at you, I am so sorry.”

“Can I ask you, what you plan on getting from this? You have a whole church stuck in here surrounded by you who are all hungry. You have killed our pastor, our teacher of love and light, I know that he was not perfect and I believe that all things happen for a reason, but I ask, what do you plan to get from this minus a prison sentence?”

The shooter looked down and around at the people waiting for his response. He held his head slightly to the side, like he had thought this out. “I would rather go to prison that to be where I have been. People like this man who gets rich off of your beliefs never understand the opportunities that he could give to those like us that line your walkways. There are people outside who are dying everyday and the police officers won’t take us to jail unless we commit a crime. Yet, no one does anything to help us. Many of us were just like you, bill paying, tax paying citizens who either lost their job or fell on bad times. But we are looked at as drug addicts or disease ridden. If it took for me to kill the man you are looking up to who is nothing like God, so be it. For you will all think differently after today.”

The ones who came in with him all sat at the pew and watched as some rushed out the doors, others called 911 and the rest sat where they stood and stared at the men who said a mouthful. They remembered walking past them and not giving even a smile. The police rushed in and grabbed those and a coroner came for the pastor, and those still seated were eventually ushered out.

The next Saturday, the day before church reopened, there was a long line of homeless people standing out the door, there was a clothing drive, where members of the church gave clothing to those who had none. They opened the doors to the kitchen and served meals that they were preparing to serve to those who had homes to go to, and they opened up the back offices and provided beds for as many as could stay.

We all congregate to speak out against injustices, but how many do anything? Why do we wait until the worst has happened before we realize that there needs to be change?

One thought on “Daily Prompt: Congregate”