So I was scrolling for something to watch on my Amazon Prime account when I came across this film “Dear Amber” directed and written by Tiara West, first of all the movie was a short film, I didn’t realize it because I was so far into it. I swore I watched a movie longer than 20 minutes, which is not a bad thing. For this to be a short film, it was complete, it had a solid beginning, middle and end, which to me is rare. Most short films have you confused about some part of the story.

So Amazon totally could have described this movie better, it says:

Amber, a high school teen, finds herself in an abusive relationship with her high school crush, Rodney. While her best friend James secretly falls in love with her, he later finds himself writing a letter about his feelings for her.

Umm… I guess, I mean its accurate but this movie deserves a way better intro. This movie reminds me of my best friend in high school who went through a similar relationship and as a friend there was nothing you can do but talk to her and let her know its not ok. I can say that Amber, was smarter than her, she didn’t stand for it, but Rodney was worse than her boyfriend.

The issue with domestic violence, besides the obvious, is that most who do it bait you for awhile. They treat you better than anyone else and make you forget about others who love you. Then something simple will set them off, whether its someone else they find to be a threat, a broken glass, hell a simple smile, the temper flares and before you know it, there hands are on you. This short film expressed and made you feel all of it.

I will say that I looked Tiara up afterwards and found on IMDB she did a few acting jobs, then I found a GoFund me page for money for this film. She didn’t make her goal, matter fact she only got $15 out of the $2050 she was looking for, but what amazed me, is she still did it. After seeing this I felt like I had made it with her. Now some of the angles in the film are a bit off and some of the lighting could’ve been clearer, but for what it looks like she had, this was a bit of Black Girl Magic all the way. 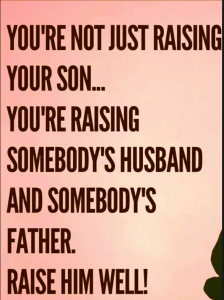 I notice that in a family where there is a son, mothers coddle them. We always teach our daughters how to avoid red flags and protect themselves from creeps, but why don’t we teach our sons to be men? To be someones husband, boyfriend, friend. To teach them to be respectful, not possessive and abusive. Also not to take abuse either and to stand up to it.

In this movie and real life abusive relationships, the first thing that the abuser always does is separate their spouse from their friends and family. They mentally abuse them as well as physically abusing them, which many times takes away their will to fight or that there is any way they could survive without the abuser. Thats not true!

I definitely recommend this movie! It was very good, I can’t wait to see more movies made from her! Awesome job Tiara!!! The cast was awesome as well, lets not leave them out. The cast brought the movie to life and made it a beautiful film.

If you or anyone you know is in an abusive relationship you can go online at http://www.thehotline.org or call 1−800−799−7233. There are people who are trained to help you escape and become safe. Do not stay, it will not get better! Ever!