Its time out for the exclusions and separations.

I know its Thursday, the day I have scheduled to do reviews.. but today, I don’t feel like much of a review, at least not of a book, movie or television show. I will save that for next week. This week, I want to talk about the failed system protecting these kids, protecting us.

“A system cannot fail those it was never meant to protect.” – W.E.B. DuBois

I live in a small town in Arkansas, a town with more animals that black people and the population is less than 500. I only moved here due to circumstances beyond my control, but I accepted it and I am here. I knew I wasn’t welcomed here when the woman across the street made sure her confederate flag faced my house, when people stared a little longer because not only were we black, but we weren’t the black kind that tries to fit in.

I have been feeling the pressures of being black in this house and in this county. It seemed that during Christmas time, we were everyones charity case. The family that everyone did so much for and said it was because I was a single mother of four girls and a caretaker of two elderly, I accepted. I have never been above anything free, but I found that everything free, comes with a price. Comes with a cost. 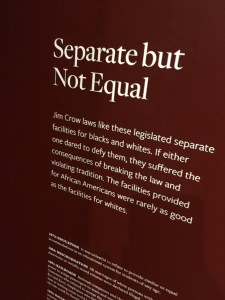 A UPS driver came over one day with is sister in his truck (violation, right), to bring a dog house for my larger dog. His house wasn’t quite big enough and he didn’t like it. I thought it was a blessing, as odd as it was. He had no package to deliver, but offered to help out a lady and her dogs. His sister came off as helpful, someone who wanted to help keep my costs down and offered to send her vet friends to look at my dogs for free. I trusted this woman, until the phone calls became to frequent. The accusations that I could not care or pay for my dogs care. She assumed that because I was black, that I was poor.

Now I am not the richest person, nor do I have a lot, but my family has always been blessed. So her assumptions was wrong. She came over a few more times, in her UPS brothers truck, with dog food and a handout of help. I declined her help anymore and decided they had visited enough. Her visits stopped, although her brother continued to come by daily in his truck, according to her, to feed my dogs. (We ALWAYS had enough food to feed our dogs. We never asked for her help).

Last Friday, I received a call from Kim (I will not change her name because she mad a fool of me and I am not above making her look foolish). She offered to purchase my dogs from me. Now anyone that knows me, knows that my dogs are my babies. They are like my children. I rescued Chip, and Bella was given to us from an unwanted litter. I didn’t choose my dogs, they chose me. I am proud of my dogs and how they grow. Now Chips weight goes up and down and anyone that doesn’t know that, may look at him and think he’s sick, but he’s not.

She warned me that I would change my mind. So what happens today? The sheriffs come to my door and first gives me a warning and says that my dogs are healthy looking, only to return 45 minutes later saying I was a liar and I didn’t tell him I didn’t buy the dogs houses. (Why does that matter?) I was issued a criminal offense ticket of cruelty to animals, he said because my dogs didn’t have 24 hour access to water. *blank stare*

My dogs are a bit glutton and if I give Chip a big bowl of water, he will drink it until he throws up. I give him water when I feed him, and sometimes in between, especially depending on the weather. So now I have court.

Here’s my problem, Kim’s brother should’ve NEVER been on my property without a package to deliver nor should his sister been in his vehicle. Plus he was speaking to my children without my permission. (No… called UPS and they are “limited” on what they can do, oh but keep them updated.)

“I didn’t learn to be quiet when I had an opinion. The reason they knew who I was is because I told them.” ~ Ursula Burns

All this the same week that a boy commented on my daughters hoodies, asking if being shot by police was a black persons super power. All after the principle said that he will not address complaints of racism, to talk to the Assistant Principle.

Arkansas, I stood up for you. As much as its is a state that is all white vs black and KKK filled, I stood up for you, and now I am facing a felony and jail time that is equal to more than a murder of a person because I didn’t have a water bowl continuously filled for my dogs? With all the strays up and down Highway 79, why are my dogs on trial?

I am not dumb, I know my rights, and I have my proof. I cannot wait until court, because once again, I am assumed to be dumb, black and poor. I am assumed to go to court with a “no sir, yes sir” attitude. They picked the wrong black person if thats the case. I will not be run from this little racist ass town, nor will I bow down to the bullshit at stake.

So today I review and judge RACISM, and I am OVER IT! Sorry, but you will not have a head down sister over here. I will win, and I will still be here when the smoke clears. Smiling and possibly having a few new jobs to my disposal.

Sorry for the rant, but I am a pissed off sista with an agenda.